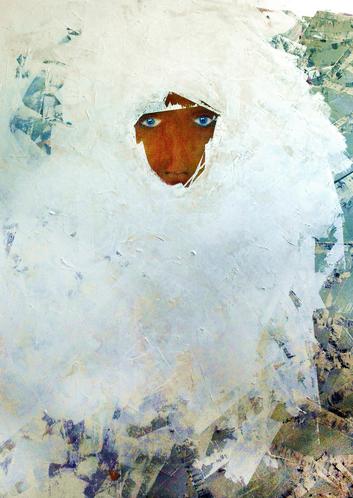 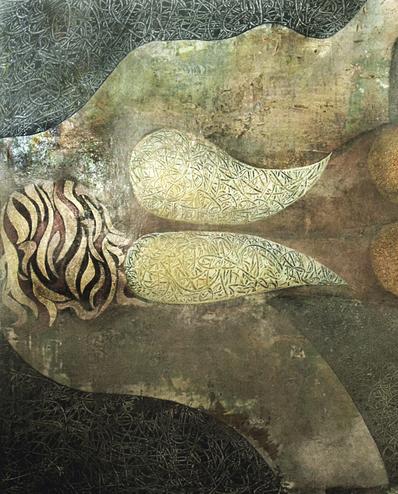 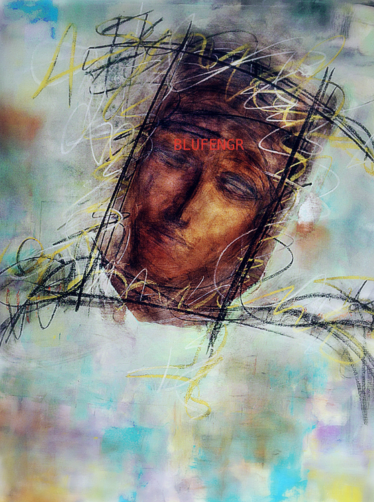 Was that a wink I said leaning over to whisper in her ear,

And then the piano began playing an old gospel blues song from so long ago, so far in my past and down a lonely dirt road, in a place where sour weed we chewed and the cicada sang in the shadows.

A melody which blossomed in the humid Carolina night and then blew through shutters of someone’s, somewhere back porch resting place on the stained battleship gray pine board which graced this home and burned memories in my heart.

It was almost like I was somewhere, maybe here before, but alone and without pretentions.

Looking, looking, knowing that she was near and hoping that this time I had arrived in destiny, on point and with a spirit willing, while the music played and everyone in this moment danced.

Like the heartbeat that kept Ms. Holiday on stage, her morphine holding her slender body draped in black, steady but slurred.

Leaving past sins in waters washed towards God’s sea, seeking salvation promised by the pounding fist of their pastor and cleansing souls from sin committed just today,

Or one night before.

1920 was the year and that pimp banged out tunes on ivory from some place in the sunrise which lifted crushed hearts of lovers soon one and then abandoned in this nightly ritual.

Now when was least expected silence, drifted past the wide yawning birth in life’s harbor releasing savage thoughts and horrid memories from the past which melted dark moonless nights where a thousand searing white stars fell from heaven in silence.

Tonight like every night the whiskey poured freely on Duval Street, and we watched through that window as he-she’s pranced by outside, hoping some unexpected soul might mistake their nightmare concealed in obscurity and dime store face paint, as something of beauty.

Private cues held in chalked hands, razors in socks for safety, we bonded within the darkness of our souls and the legacy of ancestors long forgotten which were turned centuries before into dust.

Vigilance our soul mate when holding our families close, tight, and in guilt inside that one bedroom, roach infested shotgun staged shack, we children of suffering called home.

Hungry when work was short, and alone for those who spouses and children had left in frustration or through death, they sat staring at the stars in the sky, asking God to spare them the pain by taking all from this place into a dreamland filled with honey and promise, safety and opportunity.

A place where the waters of the spirit cleansed their souls and washed all evil into ditches of blood red mud drying in the bright golden light of July.

Can’t you see, she shouted as I pulled her soul from the brimstone and fires of hell,

They'  asking for me to come?

Concrete, steel and glass on every boxed corner and hill, parking a commodity and the summer’s sun burning intently on the pitch black macadam beneath our feet. The heat swelled in humid ninety point waves as an almost still breeze softly floated through the catacombs and sewers of every front street sidewalk, lonely deserted alley or open air trolley pushing its way past the throngs of festival patrons in this southern Texas city street.

And there he stood, in the midst of the it all, partiers, drunks, tourist and general confusion, who in celebration and revelry were enjoying the warmth of a new summer just come, eating, drinking and searching through the arts that were displayed on this Cinco de Mayo Festival day in downtown Austin.

Like a Broadway actor the lights cast down on his performance alone, singled out from the crowds and other bodies which stirred around the steps he never takes. Culled from the herd and separated, as though glowing in darkness from all else he stood this figure like a statue, a sad and helpless statue, he stood staring. Not that anyone else seemed to notice as they didn’t. Maybe because they had grown accustomed to sights such as his, or maybe because they were so involved in their own little existence that situations of this kind mattered no more and he was at best, a throw-a-way, a shadow that was stepped through and invisible to the world..

To me however he looked so in need, so lost, a vision from the dust bowl era in the early 1900’s, his face shaved, hair cropped short, trousers to big and rolled over so they would remain in place, no shirt, sun scorched, almost burned skin and that stare, that stare which fixated on one booth and with each step a reveler would make, his head tilting or turning, ever focused on that booth, the one with the Texas Gulf Coast Shrimp sign, which lay just before him in the near distance.

Now let me explain something, I’m not a romantic, hell I hardly notice anything taking place in front of me, an ADHD who never focuses, is always thinking about this point or that creation of Gods, who sometimes envisions others considered successful as slow just because they can’t keep up with the constant drill of thought which runs through my head 24-7 or the shifting from topic to topic in a split second as though playing a game of cubic chess, but this, this little sad man in the crowd, standing as though fixated on a vision, his legs frozen and his mouth agape as though he wanted to ask questions that no one would hear or respond to, caught my attention. In all of the noise which didn’t matter and laughter that would be gone tomorrow, this little man in the distance reached out to me and said, come here, come find out.

So I did, I walked towards that booth, holding Nancy’s hand, pulling her through the crowds past this art display or that towards this solemn little figure just ahead. Maybe it was because the fried shrimp sign peaked my interest as well or maybe, it was that I needed to know just what it was he was in lock step with, this skinny little emaciated man in his mid to late 30’s that seemed hypnotized and lost in a world of his own made no difference as we moved in his direction next to the concessionary stands.  A place where throngs of patrons stood in long lines waiting to sample the fine fried Tex-Mex delicacies simmering in oil, when from nowhere and about the time I was going to break away to move towards this fascination of mine, Nancy says, “Oh fried shrimp, can we get some”. Having grown up in the Carolina’s and believing that shrimp, like sausage and any other product from the sea or a hog screamed staple on the dietary food chart, I agreed and we stepped towards the lady dishing out mounds of fried bugs and pilling them on southwestern salted fries for anyone with a $10 bill looking for a heart attack.

And then I turned, as Nancy took the paper plate piled high with seafood and fried potatoes swimming in golden batter and Mazola. A dish waiting to clog the veins of some poor, corn feed 45 year old southern soul who had for too many years feasted on pork rinds and fried bacon his entire life and managing to reach the weight of 300 pounds, to have a heart attack, drop dead right there on the sweltering streets of Austin and end up in a cross town funeral home where people weeping and standing around him would whisper, “poor Leon, he died so young”.
​
To see him,  that little man who I had briefly forgotten, in the noise and confusion and who had obsessed me for the past 10 minutes standing only a few feet away, not moving except for his eyes when others would walk in front or around him, just staring.

I walked over to where he was, “Hey buddy, what’s up? I said.

You hungry?” his head lifted slightly and he looked my way with eyes in need and small beads of sweat covering his blank stare, saying in a mumble, “yea”.

He didn’t seem drunk, even though there were a lot of people around us who were, and he didn’t look like drugs were his thing, so I kept the conversation going and said “tell you what, how bout I buy you some shrimp”, then with a slight glace in my direction I saw in his eyes a small weary light, as though I had connected and he seemed to become excited pulling his mouth tight and swallowing as one might when thirsty.

I walked towards the display we had just left and handed the lady the $10 bill she was expecting, took the plate of bugs with fries and walked over to where he stood. His mouth open and his stare shifting from the stand with the sign to the paper plate I handed his way, “here you go” I said and he grabbed it in anticipation pushing its contents into his mouth. “Take care buddy”, I said as I walked away feeling good about helping another of God’s creations and headed over to Nancy who was standing on the curb trying to dodge the people walking around her.

“You know that old saying I said as I grabbed her hand? “Which one” she said.” The one about never knowing who an angel might be”, she nodded and we began to push our way through the crowds and the heat, the noise and streets and who knows, maybe past another angel we didn’t know that was standing beside us.​

Blew through cracked slats in time,

It was our last night,

The last place life mattered to me, anyway.

It was Savannah's time.

And she had slayed another dragon’s heart,

That nothing would breach the dark chasms cast between broken souls,

Where hearts crushed in silence,

Simply surrender to the inevitable.

Mysterious, enchanting and lonely her past thrown upon ancient seas,

Rise upon winds existing, no longer.

My final memory sealed for eternity,

Her soft sun bronzed skin which smelled of confederate jasmine young in summer,

Permeated the aired sounds spilled upon this night in the Old Square.

Outside the massive arched window,

Overlooking this decadent city of sadness, love, sounds and sorrows,

Whipped in the breeze of the pre-dawn light,

Soon lost to a summer's past glow.

Towered beside this ancient southern monument to a glorious past,

As trade winds blew in gusts through the narrow breezeway,

Down the allies and lonely streets of time now surrendered.

Whose muted shouts echoed in the near distance,

Their voices in laughter muffled,

Now lost to the sweat of another dawn.

I sat upon the massive four post Victorian bed watching as she dressed,

Caressing her body in the humid tropical air,

Transfixed and motionless in front of the floor to ceiling mirror leaning against the charred rose colored fireplace,

The new dawn lightly glowing through the transom illuminating her hair, radiant in its softened light.

For a moment she paused, searching in absence of thought as an actor might, having momentarily misplaced a staged point during a performance.

She turned motionless peering at my image painted in mirrored reflection.

In the broken light,

appearing as polished stones of light grey and lapis blue,

Seemed to pray that new memories had never existed,

And that they would vanish in the dew of the summer’s pre-dawn light.

Then turning my way,

She stood in silence,

Wishing she could be as I,

Hearts crushed in the weight of silence,

It was Savannah’s time.

She had travel these halls of another age,

In visions taken to whispered winds and points unknown.

It was our last kiss,